Book Talk: Julian Lindley-French Conference - “NATO on the path to the Warsaw Summit: The enduring Alliance in trying times" - 26 April 2016 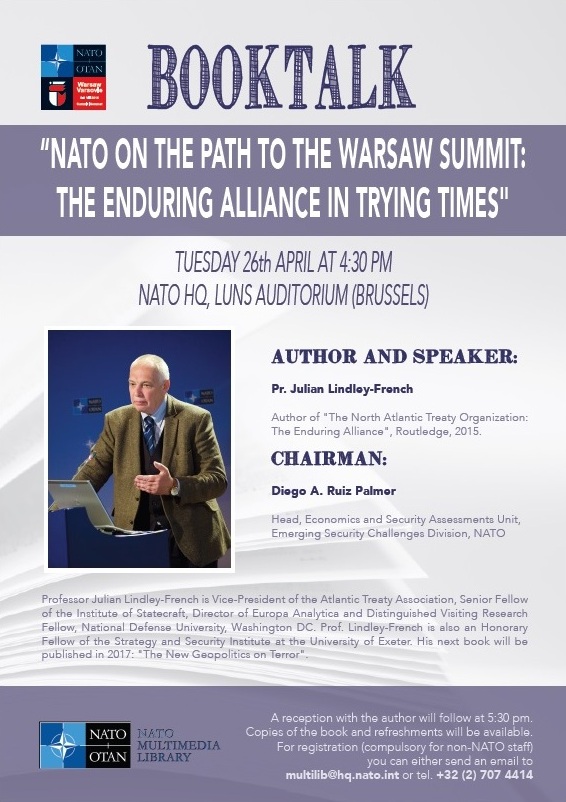 On 26 April 2016, the NATO Multimedia Library invited Professor Julian Lindley-French, the author of “The North Atlantic Treaty Organization: The Enduring Alliance” to give a conference on NATO’s path to the Warsaw Summit.

Introduced and chaired by Diego A. Ruiz Palmer Head of NATO’s Economics and Security Assessments Unit, in the Emerging Security Challenges Division, the event attracted a sizable and diverse audience from within NATO HQ, as well as from other, external institutions, which thoroughly appreciated Prof. Lindley French’s lively and thought provoking speech.

Professor Julian Lindley-French is Vice-President of the Atlantic Treaty Association, Senior Fellow of the Institute of Statecraft, Director of Europa Analytica and Distinguished Visiting Research Fellow, National Defense University, Washington DC. Pr. Lindley-French is an Honorary Fellow of the Strategy and Security Institute at the University of Exeter and also moderates his own blog, Lindley-French's Blog Blast. His next book will be published in 2017: "The New Geopolitics on Terror".

What started as an unequalled account into the history of diplomacy, has progressed to a discussion driven by accurate questions and captivating issues of deterrence and international relations.

The strategic necessities of the present, projections for future means of approaching alliances, be them political or military, and a call for a need of stability through action were the main point raised in Prof. Lindley-French’s eloquent speech.

On this political, strategic and military wrapped canvas, the subject of the upcoming Warsaw Summit was approached from three angles: what will be addressed, what should be addressed and what won’t be addressed, underlining the good news, and the bad, regarding the nearing event.

Prof. Lindley-French has concluded his address by giving the audience food for thought, in the form of a quote: “NATO’s journey has been a long one. But it’s only just beginning”. 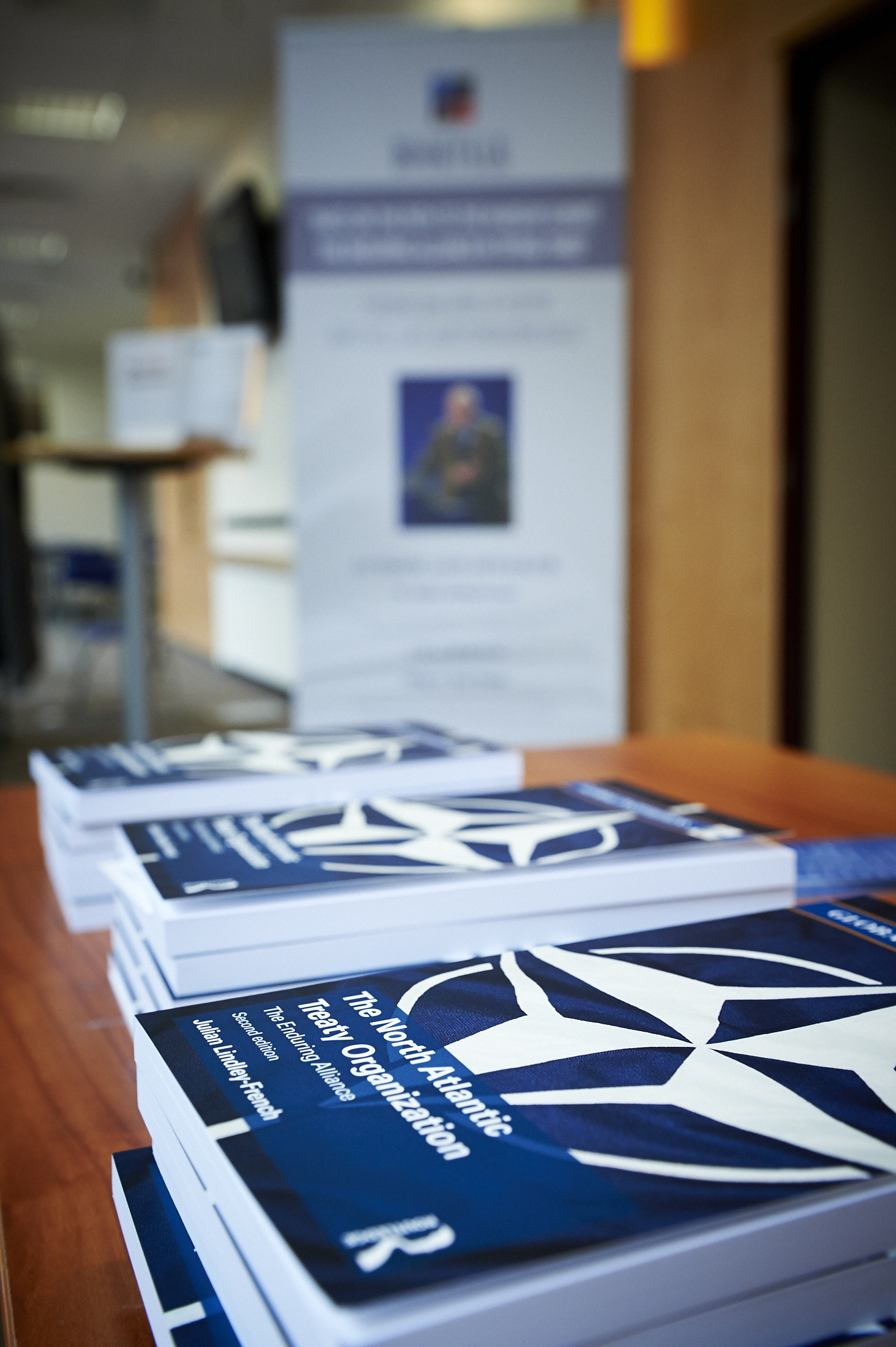 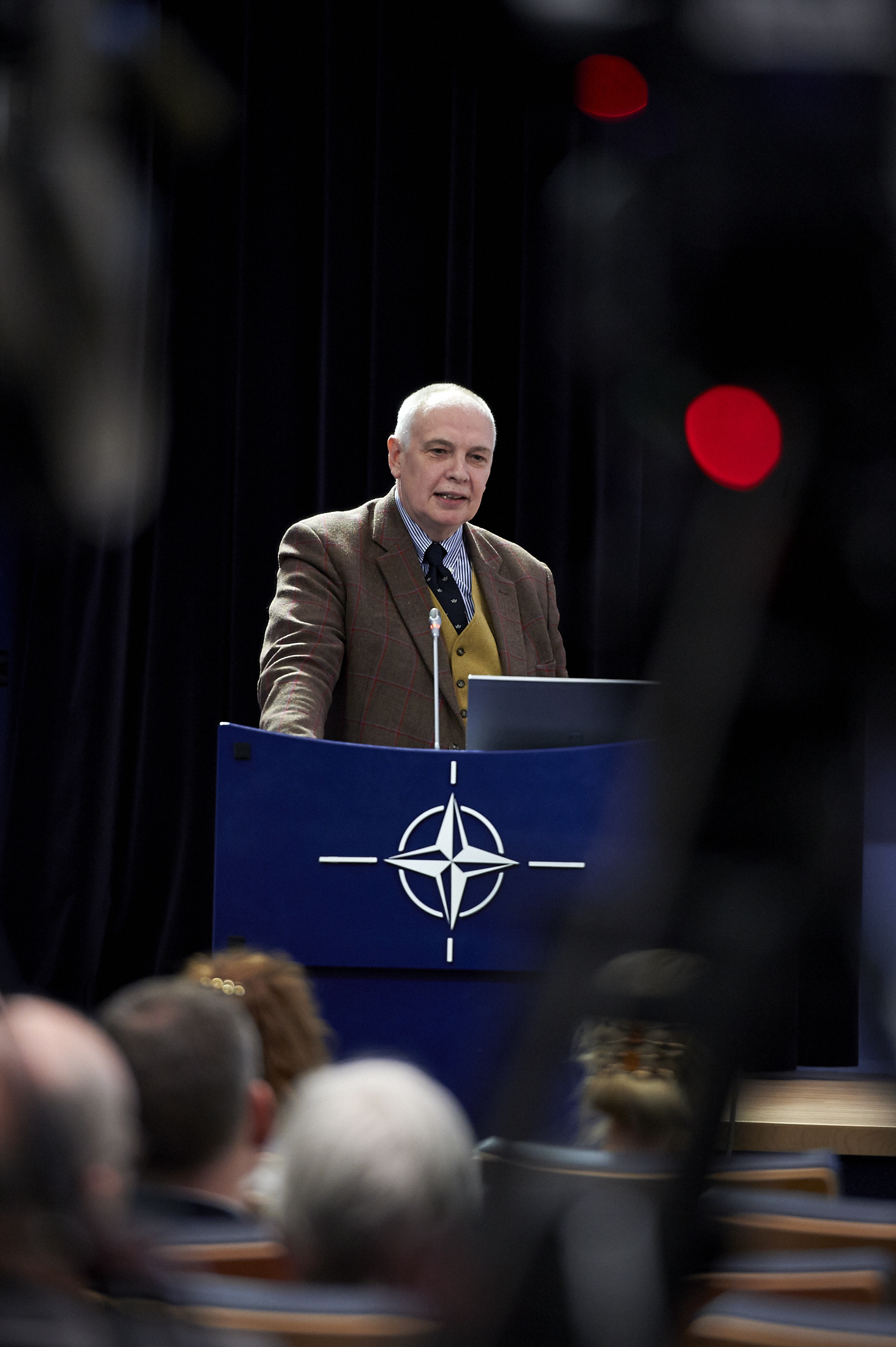 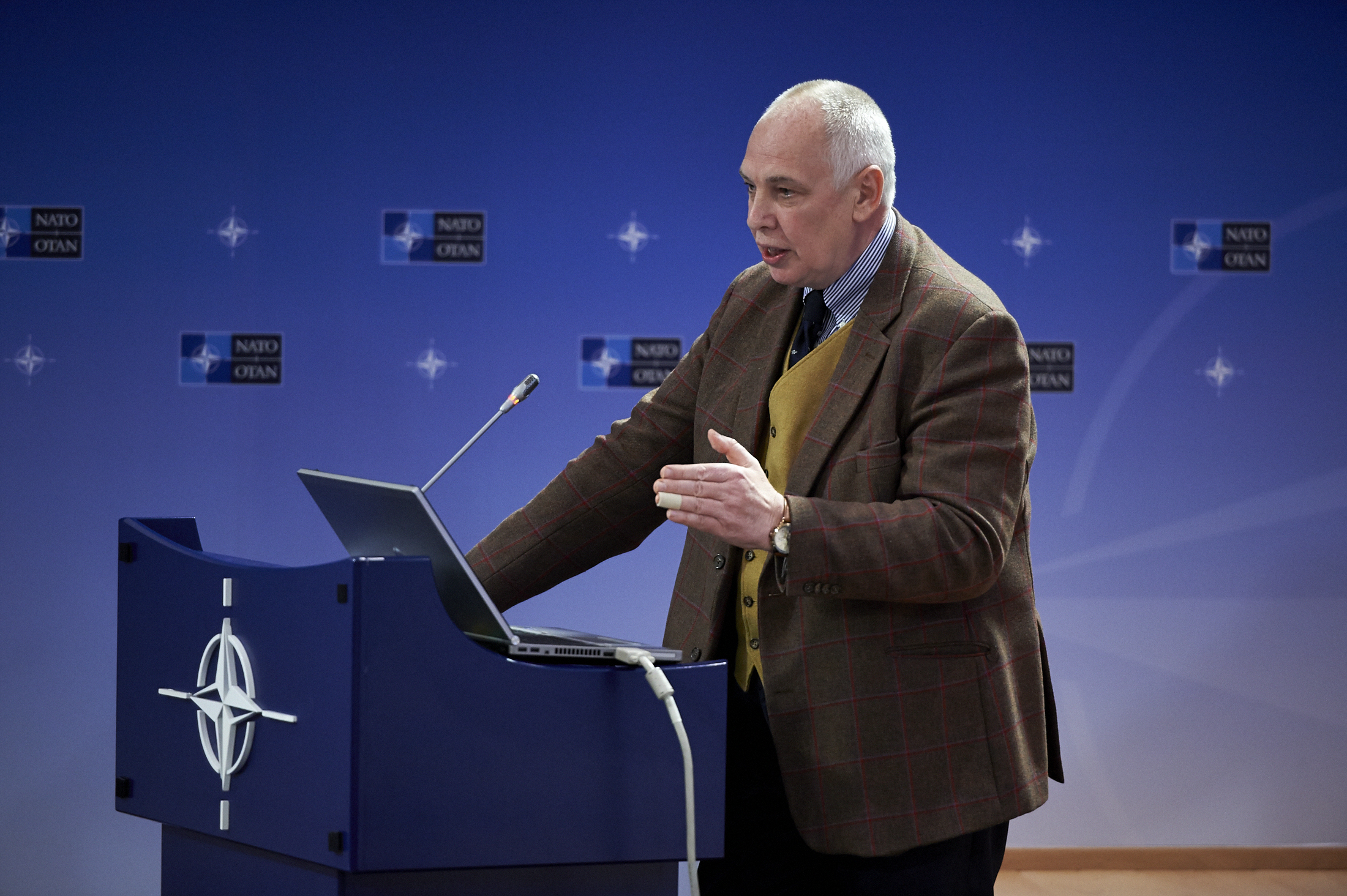 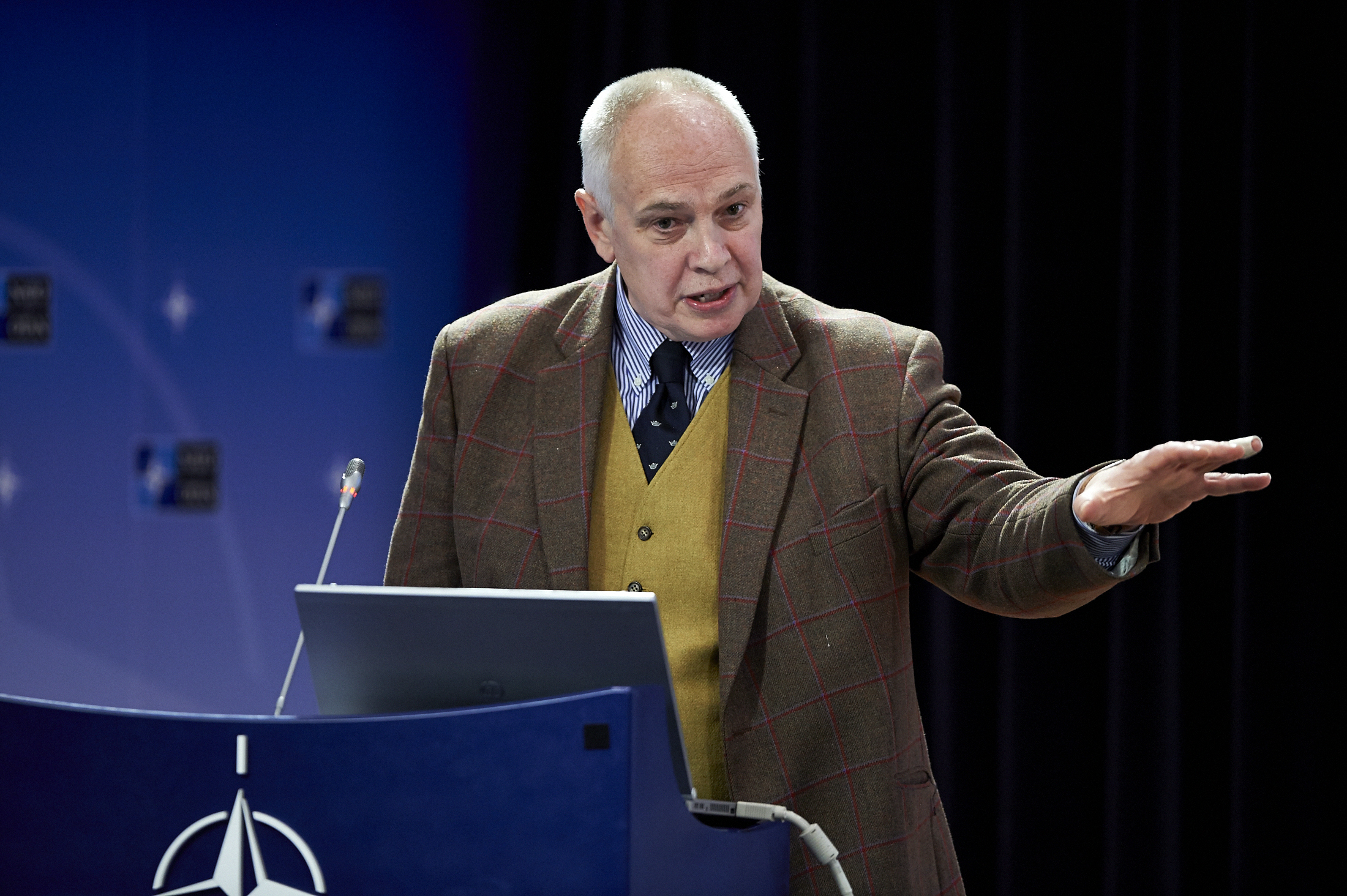 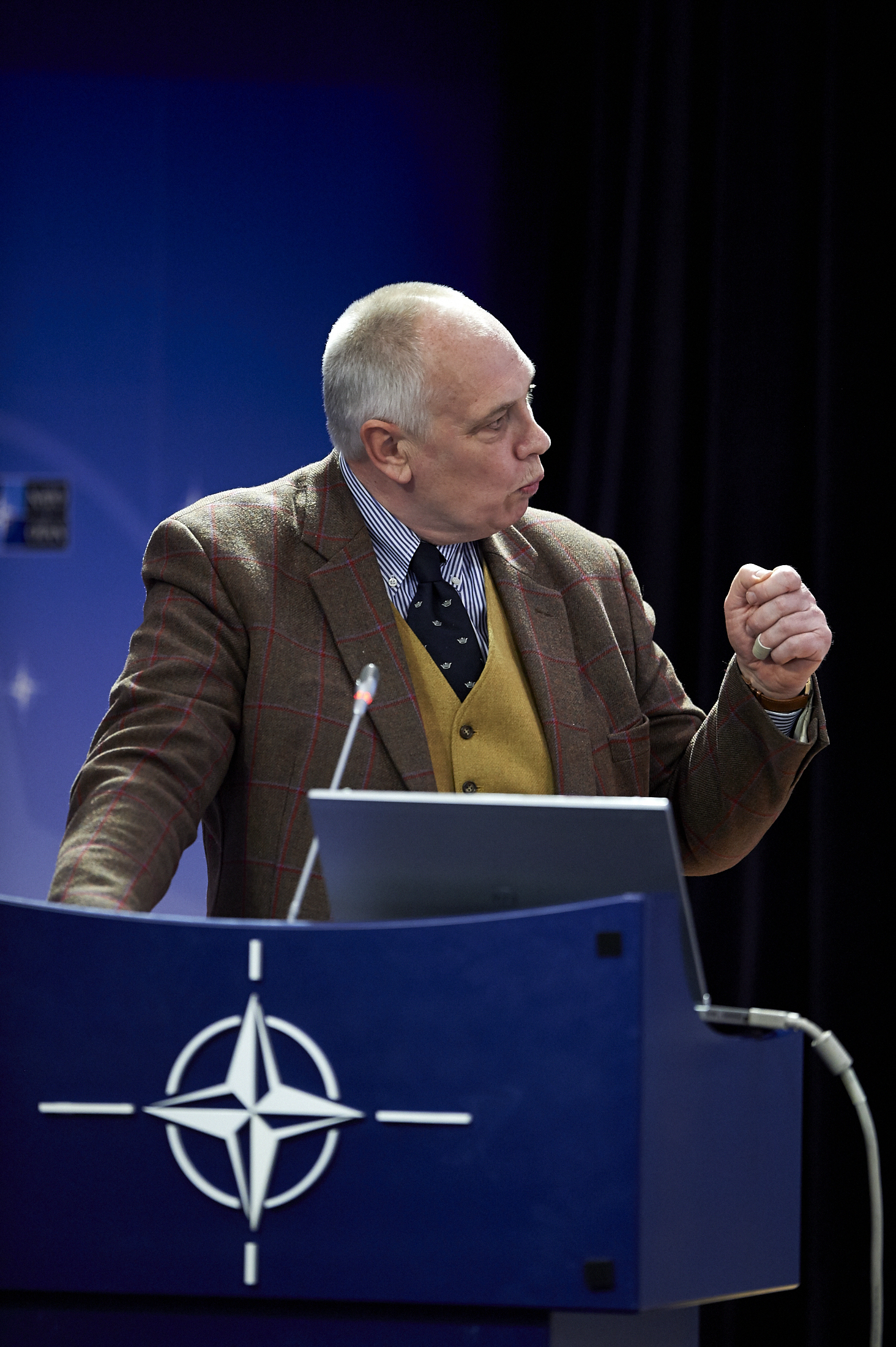 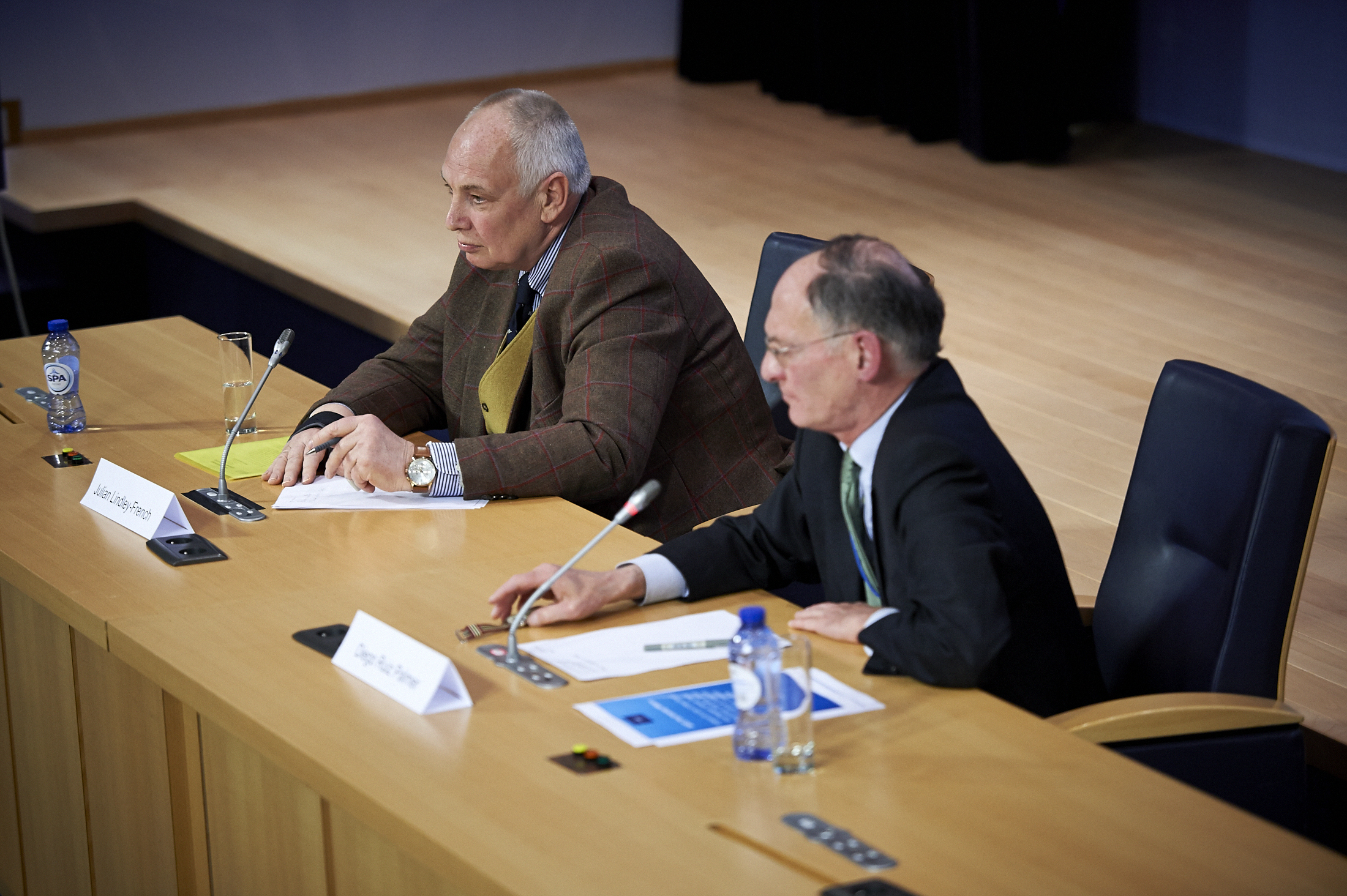 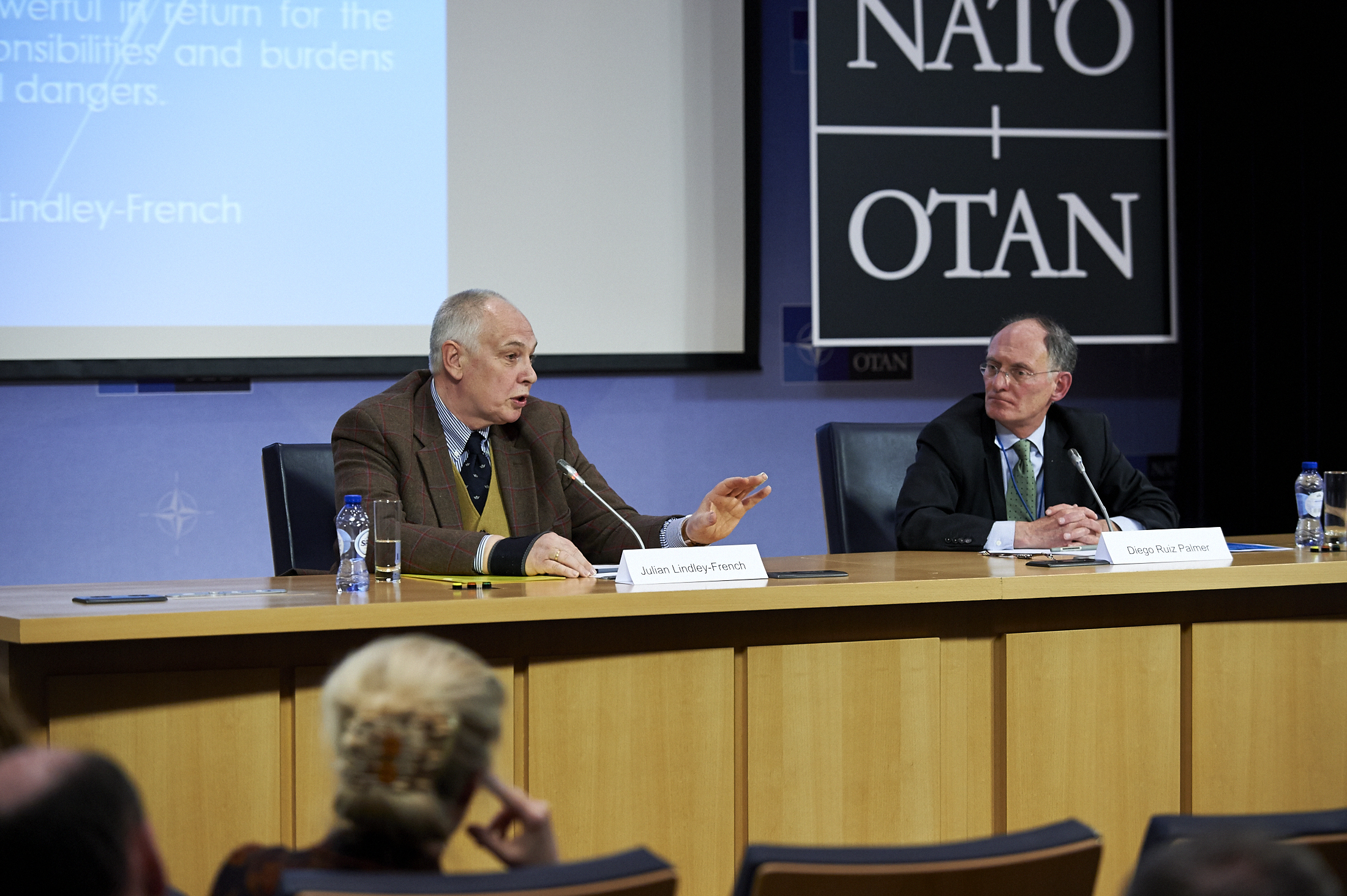 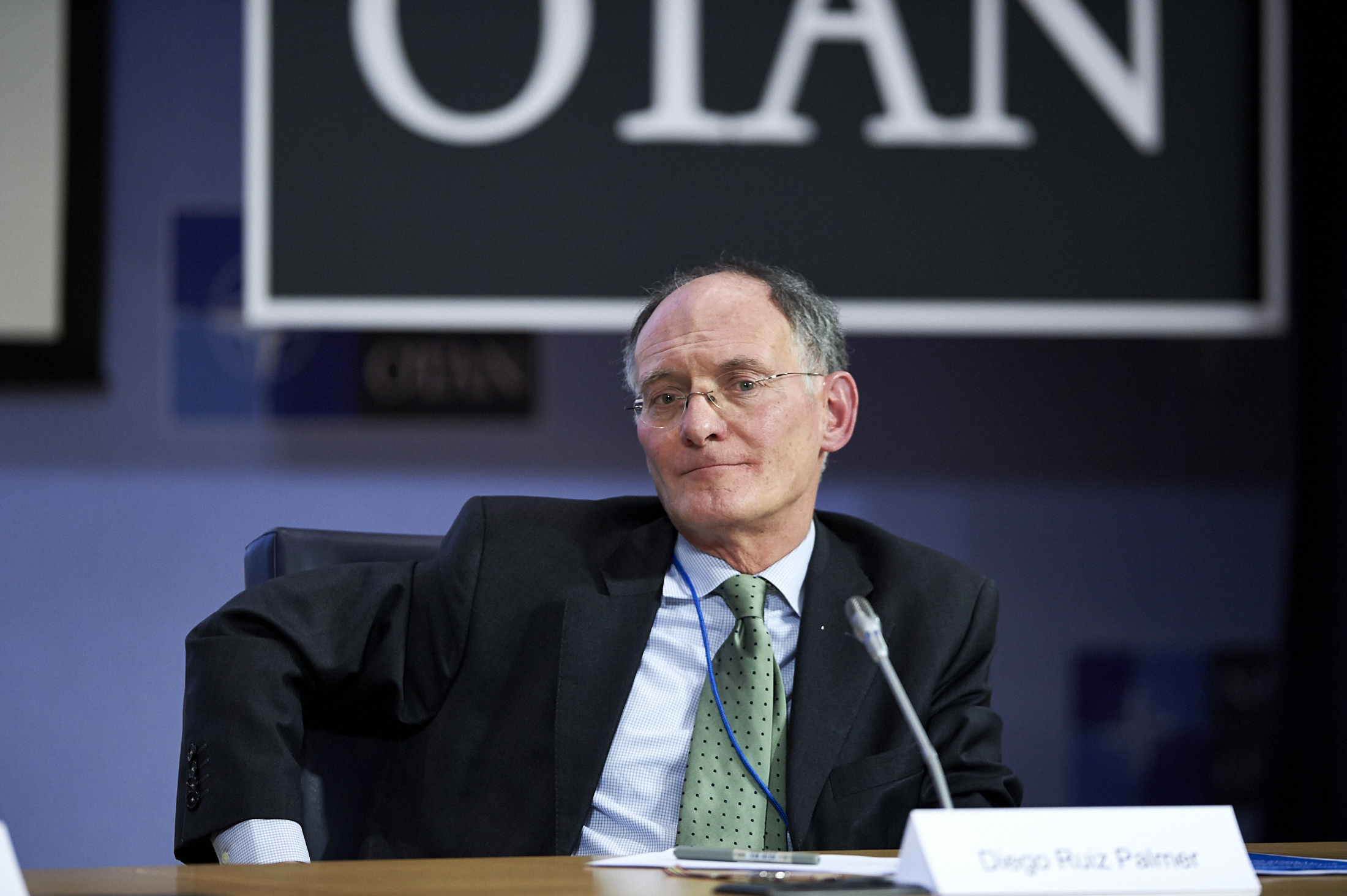 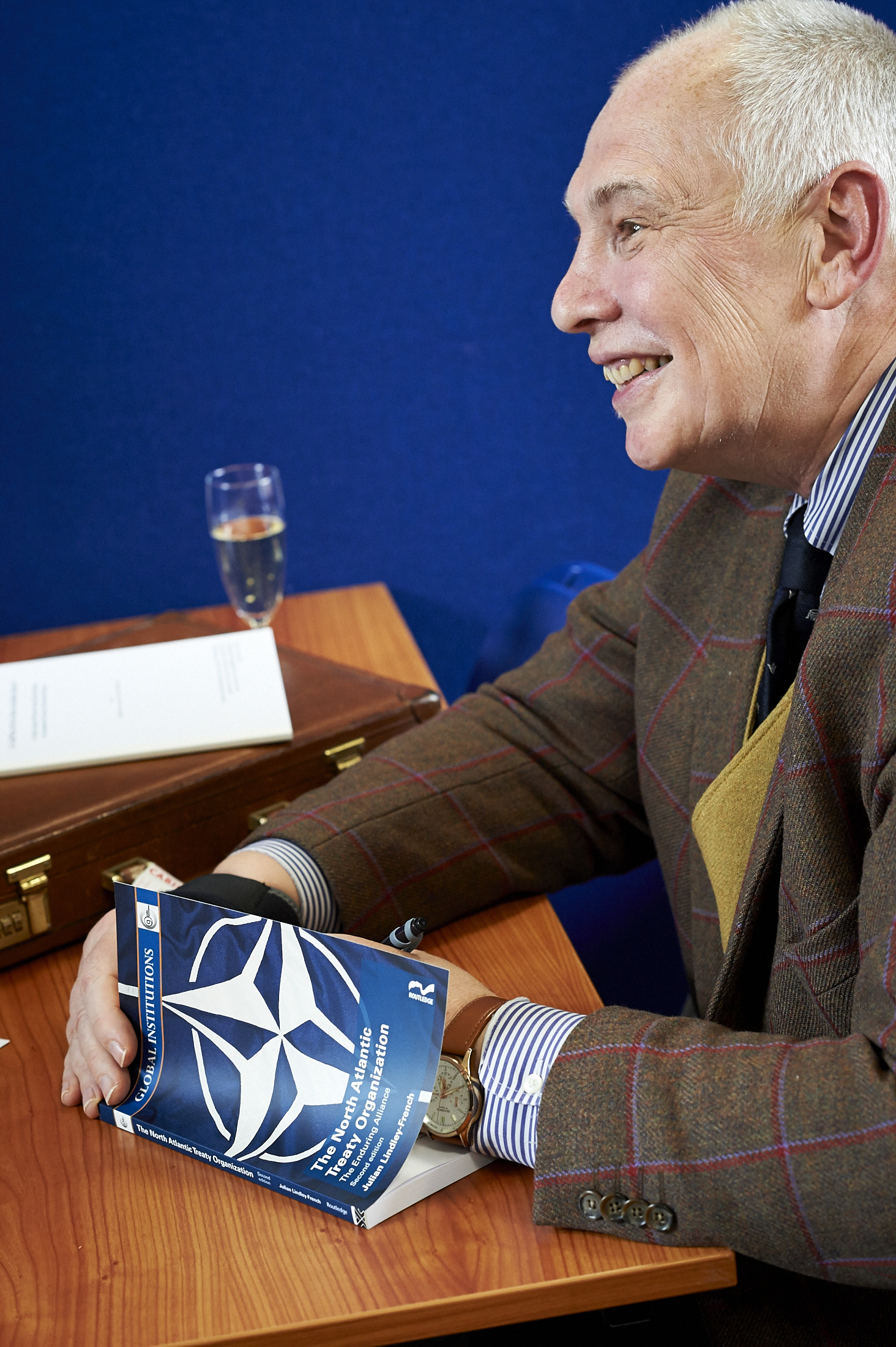 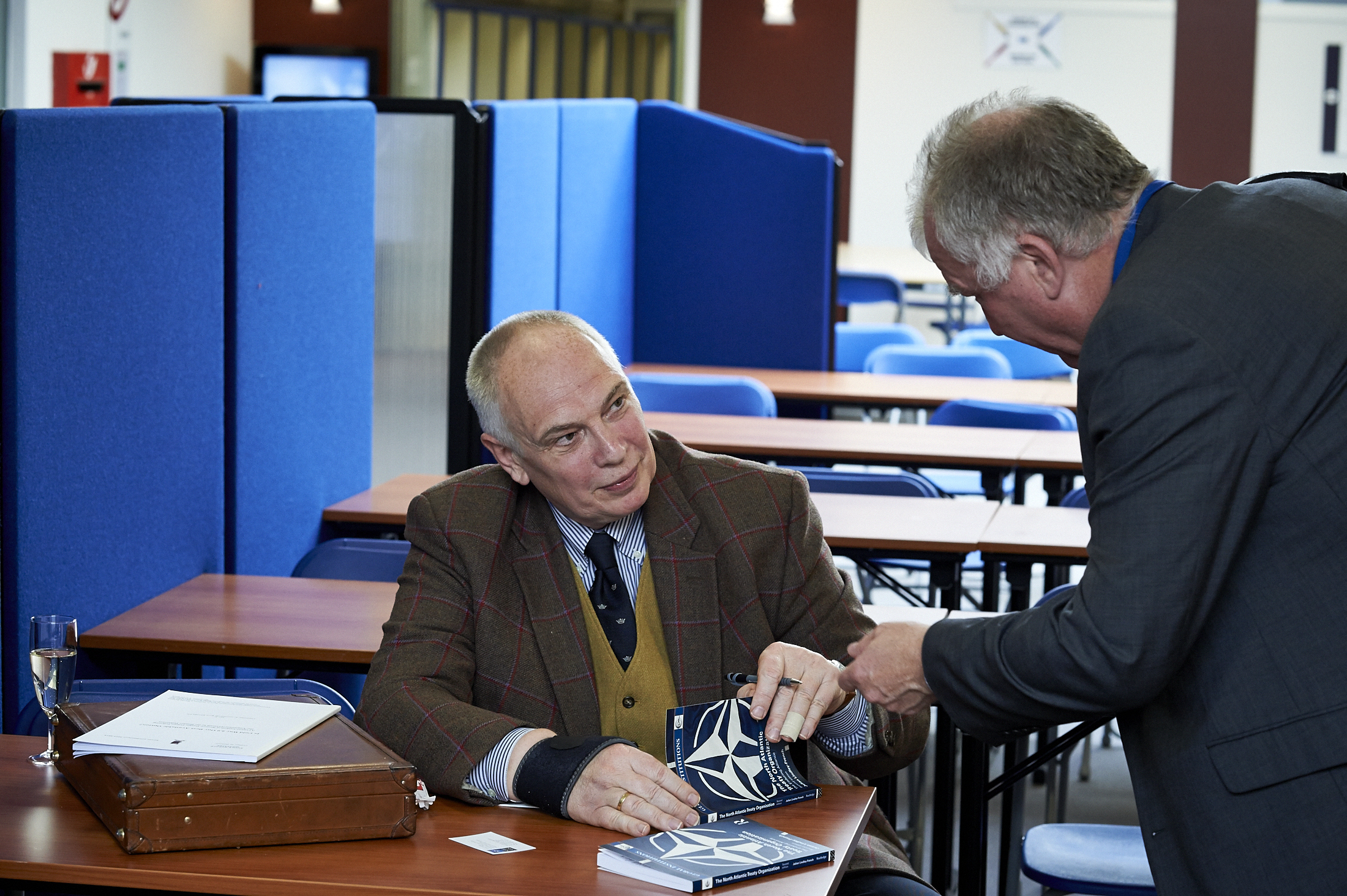